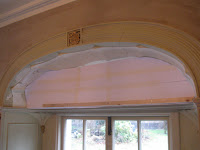 Posted by Lime Earth Paints at 09:12 No comments: 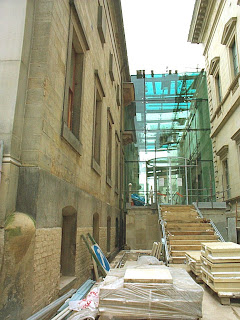 Stuart Furby and Lime Earth Paints have been involved in some grand projects around the country. Stuart can also provide valuable expertise when it comes to conserving and renovating more modest properties.
There are many people living in houses that are constructed using more traditional construction methods. Although they may not realise it many owners have houses that are constructed using Lath, horse hair and Lime Plaster. When it comes to repairs most local trades men will use modern gypsum based plasters and patch up, hide and cover the original construction, often covering up with plaster board and the skimming with modern plaster to finish.
Most owners will not realise the conservation an repair using original materials and methods is a viable, green and cost effective alternative. Local home owner Dave was looking to have his Stairwell redecorated with wallpaper but like so many jobs on an older house it was soon found the underlying plaster was unsound an needed major work. Rather than patch or cover with modern plaster Dave called in Stuart to advice on the best plan of action. Stuart Supplied a materials from his hand made conservation range and set to using traditional techniques to conserve and restore the original fabric of the stairwell. The walls are to be finished in a Traditional breathable Lime based paint.
The project came in under budget and Dave was very pleased to of kept the integrity and original features of property.

Posted by Lime Earth Paints at 01:04 No comments:

Email ThisBlogThis!Share to TwitterShare to FacebookShare to Pinterest
Labels: Conservation

Stuart Furby, founder and owner of Lime Earth Paints donated materials, expertise and labour to the community project to renovated the lounge of Albion Hotel in Orford, Warrington. The pub is at the heart of the community and the building is Grade Two Listed, making the traditional Lime Paints for Lime Earth Paints a natural choice, perfectly matching the fabric and feel of the room.
Stuart is pictured below with fellow sponsor and local tradesman "Dave Whittaker", founder and owner of Coaton Decorators who also provided material and expertise for the project. 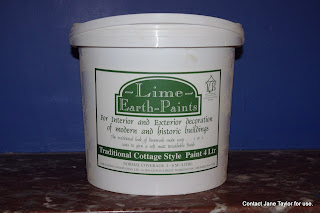 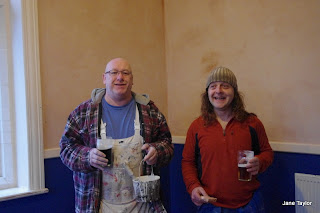 Posted by Lime Earth Paints at 00:18 No comments:

Just a note to say we've updated our web site to a simpler fresher design.

Check back soon. We hope to have sales direct from the website. In the mean time don't hesitate to call or email.
Posted by Lime Earth Paints at 03:09 No comments:

Email ThisBlogThis!Share to TwitterShare to FacebookShare to Pinterest
Labels: Update 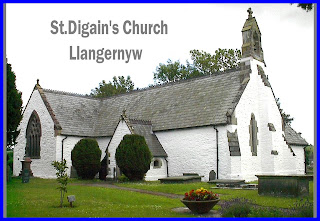 The image above represents a recently photographed project - a grade 2 listed Church, St Digians, Llangernyw in Wales. This was treated 9 years ago (The picture was taken after 3 years of application) with our 'natural off-white' paint, demonstrating a finish that could have been applied the day before.
Our products are all environmentally sound and eco-friendly.
Posted by Lime Earth Paints at 10:07 No comments:

Earth Buildings and Their Repair

This is an interesting article by Dirk Bouwens.

"Most people associate buildings with earth walls with Africa, Arabia and South America. Yet, despite our damp climate, there are thousands of earth buildings in the United Kingdom, some of which are over four hundred years old. Each region (see map) tends to have its own form of construction dependent on the nature of the materials available locally. The principal forms of earth building include....": Read More.
Posted by Lime Earth Paints at 07:11 No comments: